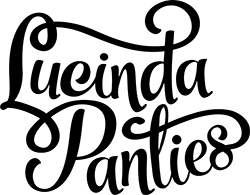 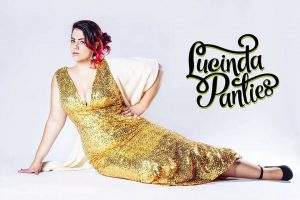 As soon as she learned to talk, Lucinda Panties talked too much. Originally in German, and then in English, Lucinda talked and talked, until she won her Year 12 Yearbook’s “Loudest Girl” award and knew that there was no going back – she was going to talk for a living.

Fast forward ten years and Lucinda has made a name for herself around Western Australia as a quick-witted and outrageous hostess and comedian. Lucinda first discovered the art of burlesque in 2008 and was entranced by the grace and glamour – neither of which she feels she possesses in great amounts. Despite this, Lucinda’s artistic skills (she holds a Bachelor in Fine Arts) led her to participate in burlesque life drawing class. Lucinda’s public speaking skills led her to take her place in the spotlight not as a burlesque performer, but as a specialist cabaret MC! 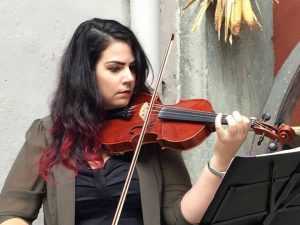 Lucinda is a classically trained musician as well as a visual and performing artist. This trio of skills has taken her around the world, involved in performances and exhibitions in a range of very different contexts. Lucinda has played music in London, Salzburg, Vienna, Italy, and the Perth International Arts Festival, and has kept audiences laughing across the state at Lady Velvet Cabaret events, Perth’s Fringe World festival, the South Perth Fiesta, Fairbridge Festival, Shapiro Tuesdays, Busselton Fringe Festival, the Lucha Royale, Perth International Burlesque Festival, and more! Believe it or not, she was also invited back to her high school to speak to a high achieving group of graduates (she didn’t mention burlesque).

Don’t take our word for it…

Check out some testimonials from Perth producers and reviewers below…

“Lucinda is an absolute super star. Not only is she outrageously funny but she is a great team player who is able to improvise off-stage as well as she does on-stage. I would recommend Lucinda to anyone who wants a professional host or MC that will melt away your stress while making you giggle. She’s a top quality perform and I would wholeheartedly recommend her. I certainly plan on working with her many more times!” – Clara Loveny, Independent Producer

“There was plenty of comedy, not least from the hostess who handled the restless Friday night mob with skillful aplomb.”
– Christopher James, TheMusic.com.au (review exerpt)

Stay up to date with
our events! 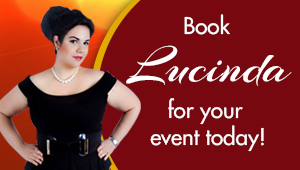